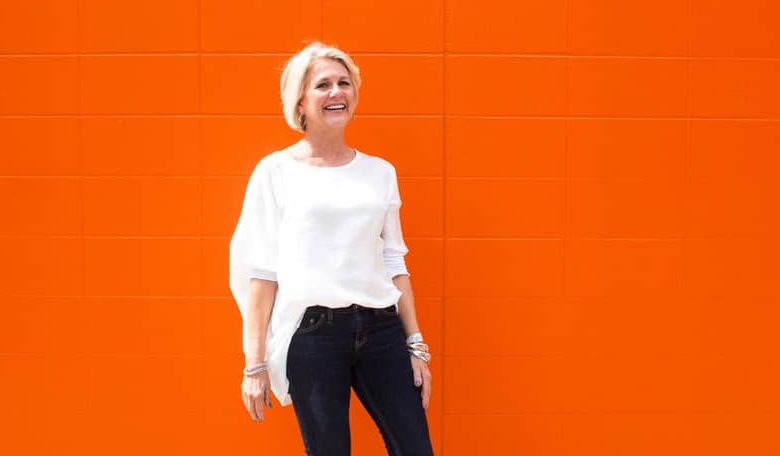 Even as a young girl in Waco, Texas, there were hints that Elizabeth Swift was a first-class hostess in the making as she spent many happy childhood hours enamored with the art of cooking and entertaining, even serving her very first soufflé to the family’s yard man.

After graduating from the University of Texas with a degree in marketing and business, Elizabeth moved to Washington, D.C. working in a staff position with the Republican National Committee where she planned and coordinated many critical breakfasts, luncheons, receptions and dinners for the RNC. In her precious spare time, Elizabeth began catering small events from her apartment kitchen including a friend’s wedding where she insisted on ironing antique linens and making the cake from scratch – the same personal touch and ‘extra mile’ attitude that have become synonymous with Swift + Company. As her client list grew, it was clear Elizabeth was destined for a career in event planning where she could combine her love of entertaining with earning a living.

In 1987, Elizabeth marked her return to Texas with the launch of Elizabeth Swift Catering, now Swift + Company. Elizabeth’s ability to execute and serve “luxury restaurant quality” food at catered events has resulted in huge success. Now over 30 years later Swift + Company has grown to a substantial full-service event production and party rental business with a staff of over 55 creative professionals.

Today, Swift + Company caters to the needs of Texas’ leading corporations and legendary hostesses while offering turnkey services for catering, wedding design, flowers, event management, party rentals, and more. Elizabeth and her team have worked all over Texas, and nationally stretching as far as New York. Elizabeth has produced events honoring the last 4 sitting Presidents of the United States, a Hall of Fame event in Cooperstown and many major retailers and corporations headquartered in Houston. But whether in a backyard or a ballroom, Copeland’s remarkable team of professionals (many with her since the beginning) continue a tradition of excellence in quality, service and integrity.

Whether it’s following a client’s one-hundred-year-old family recipe for praline cake (complete with old-fashioned measurements and a handful of lard) or capturing the essence and elevating the taste of grilled quail around a campfire – Elizabeth and her happy-hearted staff consider every event an opportunity to deliver an authentic and memorable moment to you and your guests.

Elizabeth resides in Houston and is married to Morgan L. Copeland, Jr., a partner with the law firm of Copeland & Rice, L.L.P. They have three daughters: Nell, Kate and Carson. All three daughters are students and lacrosse players at Northwestern University. Elizabeth and Morgan can be found cheering in the NU stands and roaming the sidelines at most of their games.

Elizabeth enjoys spending down time with her family, and especially enjoys vacations in Colorado, California and Europe. Elizabeth’s passions include exercise, design, travel, and cooking big (and hard to clean up) dinners with friends and family at their Galveston bay house, or simply in their backyard kitchen.

Harold serves as Swift + Company’s Director of Operations. He is responsible for the leadership of the Swift + Company sales team, maintaining and enhancing client relationships and developing new business opportunities.

Harold has been in the events industry over 25 years and has held leadership positions in local and national professional organizations. He recently acquired CPCE (Certified Professional in Catering and Events) designation highlighting his dedication to professionalism and excellence to his clients.

His favorite part about Swift + Company is that the company is multifaceted and there’s never a dull moment. Our rentals, decor, floral and catering divisions work beautifully together and as separate components. Harold enjoys the diversity of our Swift + Company clients.

In his free time, you can find Harold exploring the Houston restaurant scene and using his creative eye to take photos. He is also very interested in technology and learning new ways it can improve our lives.

Harold’s favorite quote is “If you’re not inspired by what you’re saying, say something else.”

Being the son of a chef, made the love and passion for food a centerpiece in Chef Richard’s life. With over 15 years of experience in the food industry and an Associate of Applied Science in Culinary Arts, he brings a wealth of knowledge to Swift + Company Catering. His favorite part of being a chef is getting to be creative and expressing himself through the food he creates.

Chef Richard comments that he loves working at Swift + Company because he will be able to make a big contribution to the team and his opinion is always valued.

In his spare time, Chef Richard is an avid sports fan, gardener, and plant lover. He enjoys trying new restaurants and kayaking with his family when the weather is nice.

Thad makes sure the warehouse operations run smoothly. With over 20 years in the rental and catering business, he has developed a passion for implementing proper procedures and paying attention to detail to make sure Swift + Company’s product is in top shape. His favorite part about his job is that every day brings a new opportunity to start a new project.

Thad comments that he enjoys working at Swift + Company because it is not just tables and chairs, every event is produced with a special Swift touch.

In his spare time, Thad likes to hike the area state parks and even travel to parks throughout the United States.

His favorite quote is, “If you can wake up every morning loving what you do help and inspire others around you to be better than they were yesterday then you know you’re doing something right in business and in life.”

David works in Swift + Company’s rental division helping clients find exactly what they need for their next event. David has been in the industry for many years and is known for his great working relationships with his clients. His favorite part about being an Event Rental Specialist at Swift + Company is working with the management, clientele and all of our staff.

In his spare time, David enjoys biking, walking and decorating, which is why he is perfect for his position. One lesson from mom that he still carries with him today is to show up for work every day and do your absolute best!

David puts client satisfaction at the top of his to-do list and likes to have multiple meetings with them along the way to provide the best service.

Chelsea serves as Swift + Company’s Marketing Coordinator. She helps maintain Swift + Company’s pristine reputation and executes marketing plans on the company’s behalf. She graduated from the University of Texas at San Antonio with degrees in both Marketing and International Business. While in college, she was introduced to the event industry and her passions for marketing and event production have been growing since.

Her favorite part about her job is sharing the incredible projects and collaborations that our team is a part of through advertising, marketing, and social media. Each event has a story and she is excited to be the one to tells that story.

Chelsea says, “I am excited to be a part of the Swift + Company team because of the collaborative environment and the diversity of our projects. I love that everyone is passionate about what we are doing and each project brings something new and exciting to share.”

When she is not working on the next marketing idea, you can find her at a local coffee shop or checking out the latest Houston hotspot.

“Live the most vividly decorated temporary life that you can.” – Elizabeth Gilbert, author of Big Magic

Jorge is one of our talented chefs at Swift + Company.

Pedro has been working for Elizabeth Swift Copeland since the company’s inception. He is responsible for overseeing the kitchen on a daily basis, ordering the necessary food for upcoming events and managing the food preparations at all of our parties. Pedro enjoys the challenges and growth opportunities his job brings. Being a chef takes a lot of work prepping, cooking and setting up for our large events, but nothing excites him more than to see the final product and knowing our clients are satisfied with not only the taste but the presentation of the food.

Prior to working at Swift + Company, Pedro worked as a waiter, and with no previous culinary training, Elizabeth hired him to help her in the kitchen. Over time, he taught himself how to cook in the culinary industry. Pedro now cooks for hundreds of people and leads all aspects of Swift + Company’s culinary operation. He admires that Elizabeth believes in her employees and their capabilities. She gives you the responsibilities and her trust, which allows you to grow.

Growing up Pedro always desired to work in the culinary industry. He admired the artistry of food and wanted to learn how to cook and become a culinary artist.

The best advice he gives his team is to do your work with pride, not because it is your job but because you love what you are doing.

Jaime is instrumental in making the day to day activities at the Swift + Company kitchen go smoothly. 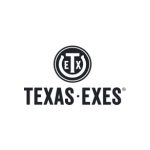 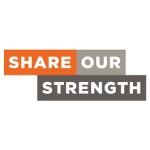 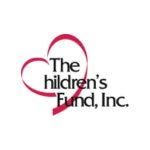 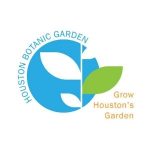 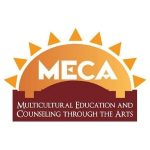 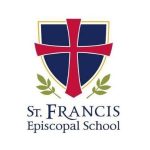 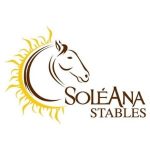 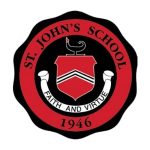 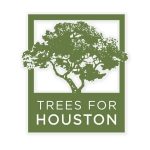 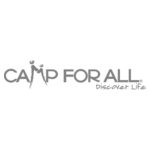 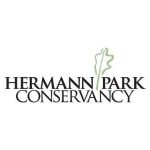 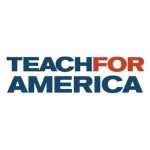 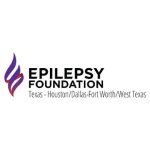 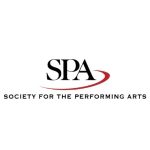 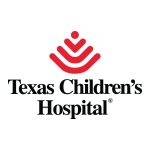 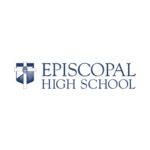 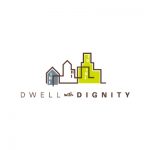 Swift + Company has exciting news!  After over 15 years at our Edwards Street location, we are moving to wonderful office and warehouse spaces at 1283 and 1297 N. Post Oak Road.…growing from 38K square feet to over 60K square feet of event planning and party rental offices, showroom, and updated warehouse.

Will Call orders will continue to be picked up at 1919 Edwards, 77007 until Will Call moves in late-October to our new warehouse at 1297 N. Post Oak Road.

Thank you for your patience while we grow and get settled in our new digs this fall!

Elizabeth and the Swift Events Team